How We Helped Beat VMFA’s Picasso Ticket Goal by 14%

The Virginia Museum of Fine Arts staged a landmark exhibit called “Picasso: Masterpieces from the Musée National Picasso, Paris.” VMFA was one of only three art museums in the United States to be included in a seven-city, world-wide tour, and the only east coast location in the nation. Spurrier Group was selected as the media agency of record to promote this extraordinary exhibit alongside creative partner The Martin Agency. 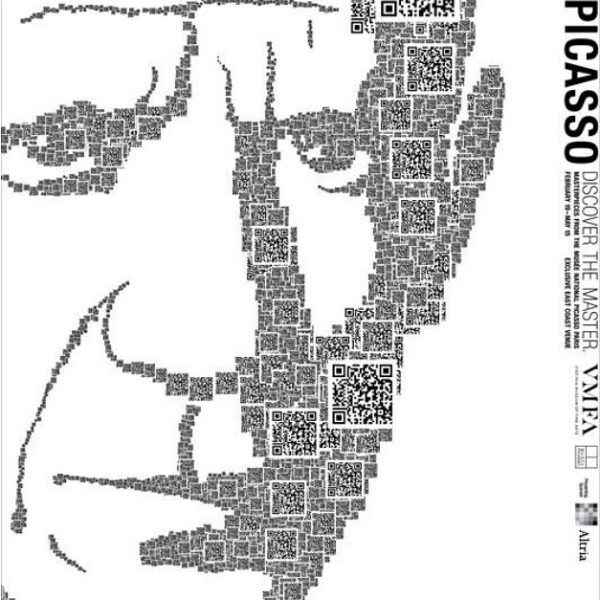 Audience
Based on our own proprietary consumer research, we determined that the best target audiences for this campaign fell into two categories:

Both audiences were mobile and employed; they also looked to television, radio, newspaper and the Internet as their sources of information. Given that people typically travel north to south, we focused on geographic targets in New York City, Philadelphia, Washington DC, Baltimore, Charlotte, and Raleigh.

Creative
The Martin Agency provided a wide range of creative assets with the most innovative being a full Picasso self portrait constructed from QR codes. These images were utilized in any media channel that would allow the user to actually link through the QR code to more information about the exhibit.

Media
With a goal to quickly generate awareness and drive sales and extend the momentum of VFMA’s recent grand re-opening to maintain their expanded audience base, we designed the media campaign to saturate the local market, create buzz for the exhibit, and captivate fans and persuadables alike. We utilized unexpected non-traditional marketing methods to capture the Persuadable audience, such as:

Other media and marketing tactics that we used to engage consumers where they live, work and play included placing large format advertisements on open storefront spaces in New York City (SoHo, Tribeca, Upper West Side, and Upper East Side). We also created partnerships and organizational alliances with Virginia Commonwealth University, the Virginia Tourism Corporation and Amtrak Virginia to extend our messaging and media efficiencies.

This holistic media approach and strategy – derived from our research and in-depth knowledge of the consumer in the targeted geography – netted 228,000 tickets sales, 14% above the original campaign goal of 200,000 tickets. The Picasso Exhibit at the Virginia Museum of Fine Arts (VMFA) also generated an estimated $26.6 million in total economic impact for the Greater Richmond region and $28.9 million for the Commonwealth of Virginia.